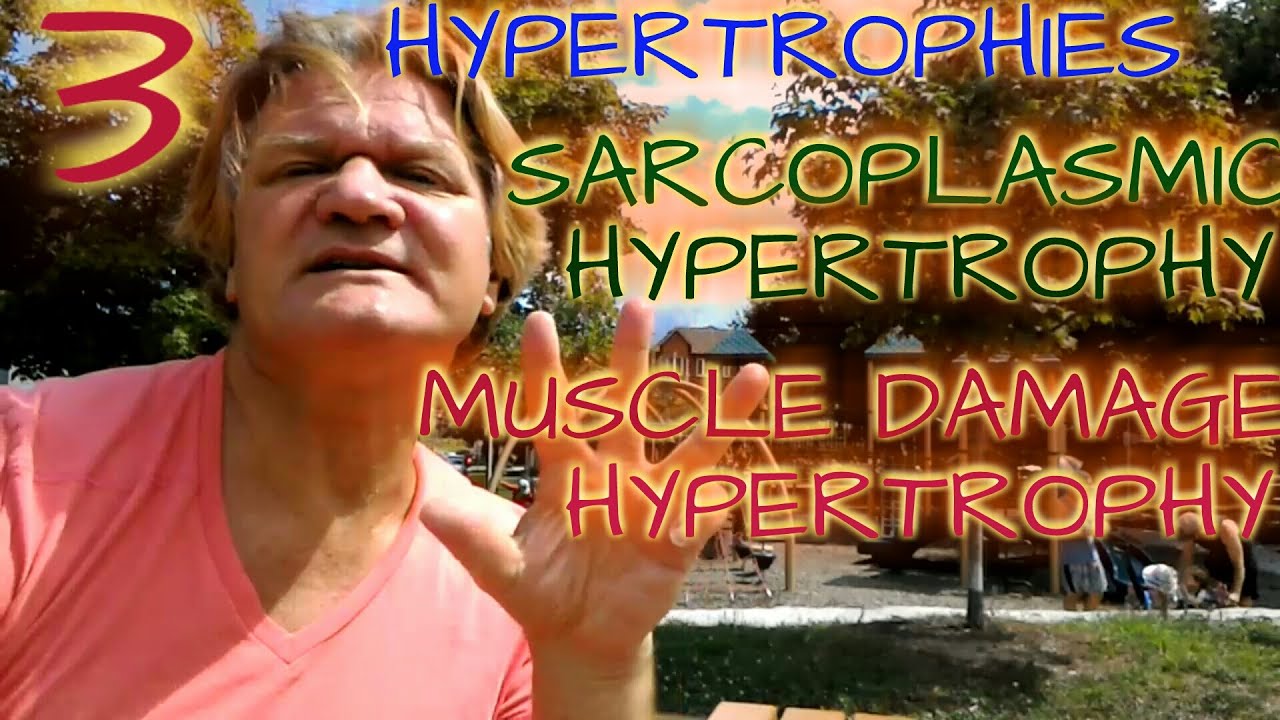 Ads by Amazon
Share on Facebook
Share on Twitter
Share on Pinterest
Share on LinkedIn
What determines myonuclear domain size?
https://pubmed.ncbi.nlm.nih.gov/25464670/
“Myonuclear Domain size has a “ceiling” limit during hypertrophic process beyond which extra myonuclei are donated by satellite cell to support further muscle growth.”
~”This Domain ends at age 15″ To increase it look below…
———————————-
Muscle damage and inflammation after eccentric exercise: can the repeated bout effect be removed?
https://www.ncbi.nlm.nih.gov/pmc/articles/PMC4760450/
Conclusion:
Unaccustomed eccentric exercise is known to cause widespread muscle damage. An “absolute norm” in eccentric exercise is the so‐called “repeated bout effect”, which manifests as a gradual reduction of muscle damage after repeated eccentric exercise sessions.
——————————–
Satellite Cells and the Muscle Stem Cell Niche

A. An Introduction to Muscle Regeneration

Muscle regeneration occurs in three sequential but overlapping stages: 1) the inflammatory response; 2) the activation, differentiation, and fusion of satellite cells; and 3) the maturation and remodeling of newly formed myofibers.

Experiments by [3H]thymidine labeling have clearly demonstrated that the proliferation of satellite cells and their progeny provide a sufficient source of new myonuclei for muscle repair (498, 499, 554; reviewed in Ref. 79 and discussed in sect. IIB). It is commonly agreed that following proliferation, myogenic cells differentiate and fuse to existing damaged fibers or fuse with one another to form myofibers de novo.

Satellite cell activation is not only restricted to the site of muscle damage. In fact, localized damage at one end of a muscle fiber leads to the activation of all satellite cells along the same myofiber and migration of these satellite cells to the regeneration site (473).

FIBROBLAST GROWTH FACTORS.
Fibroblast growth factors (FGFs) are a large family of mitogens, involved in cell growth, protein synthesis blood levels are elevated aproximatly durring the repair and remodeling phase over a week period.
———————-
Advances in Delayed-Onset Muscle Soreness (DOMS): Part I: Pathogenesis and Diagnostics
https://pubmed.ncbi.nlm.nih.gov/30537791/
Delayed-onset muscle soreness (DOMS) is a type of ultrastructural muscle injury. The manifestation of DOMS is caused by eccentric or unfamiliar forms of exercise. Clinical signs include reduced force capacities, increased painful restriction of movement, stiffness, swelling, and dysfunction of adjacent joints. Although DOMS is considered a mild type of injury, it is one of the most common reasons for compromised sportive performance.
———————–
Muscle injuries and strategies for improving their repair
https://www.ncbi.nlm.nih.gov/pmc/articles/PMC4958098/?report=classic
After injury, SC become activated, proliferate and give rise to myogenic precursor cells, known as myoblasts. After entering the differentiation process, myoblasts form new myotubes or fuse with damaged myofibers, ultimately mature in functional myofibers.

Muscle regeneration usually starts during the first 4–5 days after injury, peaks at 2 weeks, and then gradually diminishes 3 to 4 weeks after injury. It’s a multiple steps process including activation/proliferation of SC, repair and maturation of damaged muscle fibers and connective tissue formation. A fine balance between these mechanisms is essential for a full recovery of the contractile muscle function.

Muscle fibers are post-mitotic cells, which do not have the capacity to divide. Following an injury, damaged muscle fibers can’t be repaired without the presence of adult muscle stem cells, the satellite cells (SC) (Relaix and Zammit 2012; Sambasivan et al. 2011). Following activation, SC proliferate and generate a population of myoblasts that can either differentiate to repair damaged fibers or, for a small proportion, self-renew to maintain the SC pool for possible future demands of muscle regeneration (Collins 2006; Dhawan and Rando 2005). SC cycle progression and cell fate determination are control by complex regulatory mechanisms in which, intrinsic and extrinsic factors are involved (Dumont et al. 2015a; Dumont et al. 2015b).
——————–
Myofiber-specific TEAD1 overexpression drives satellite cell hyperplasia and counters pathological effects of dystrophin deficiency
https://www.ncbi.nlm.nih.gov/pmc/articles/PMC5059137/

However, upon injury, the stem cells become activated, divide to increase in number and then develop into new muscle fibers to replace those that were damaged.