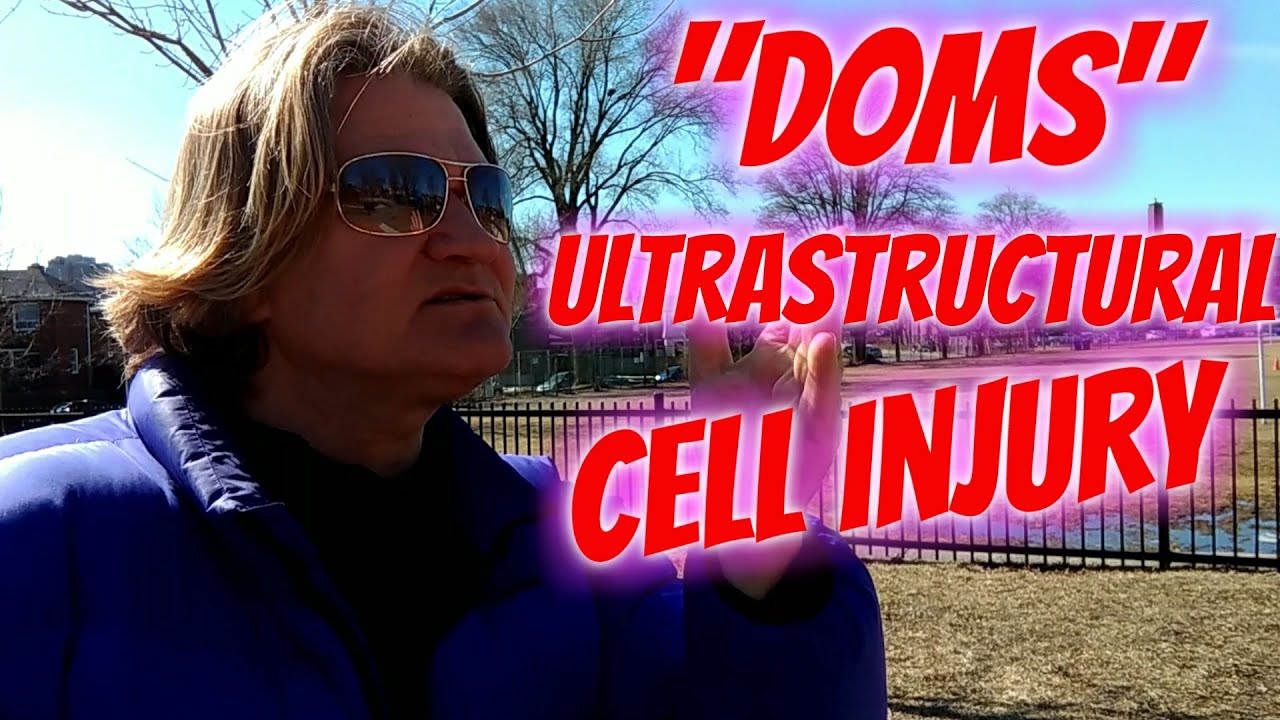 Delayed-onset muscle soreness (DOMS) is a type of ultrastructural muscle injury. The manifestation of DOMS is caused by eccentric or unfamiliar forms of exercise. Clinical signs include reduced force capacities, increased painful restriction of movement, stiffness, swelling, and dysfunction of adjacent joints. Although DOMS is considered a mild type of injury, it is one of the most common reasons for compromised sportive performance. In the past few decades, many hypotheses have been developed to explain the aetiology of DOMS. Although the exact pathophysiological pathway remains unknown, the primary mechanism is currently considered to be the ultrastructural damage of muscle cells due to unfamiliar sporting activities or eccentric exercise, which leads to further protein degradation, apoptosis and local inflammatory response. The development of clinical symptoms is typically delayed (peak soreness at 48 – 72 h post-exercise) as a result of complex sequences of local and systemic physiological responses. The following narrative review was conducted to present an overview of the current findings regarding the damaging mechanisms as well as the pathophysiology of DOMS and its diagnostic evaluation.

https://www.ncbi.nlm.nih.gov/pmc/articles/PMC4073943/#B172
A. An Introduction to Muscle Regeneration
Muscle regeneration occurs in three sequential but overlapping stages: 1) the inflammatory response; 2) the activation, differentiation, and fusion of satellite cells; and 3) the maturation and remodeling of newly formed myofibers.

Experiments by [3H]thymidine labeling have clearly demonstrated that the proliferation of satellite cells and their progeny provide a sufficient source of new myonuclei for muscle repair (498, 499, 554; reviewed in Ref. 79 and discussed in sect. IIB). It is commonly agreed that following proliferation, myogenic cells differentiate and fuse to existing damaged fibers or fuse with one another to form myofibers de novo.

Satellite cell activation is not only restricted to the site of muscle damage. In fact, localized damage at one end of a muscle fiber leads to the activation of all satellite cells along the same myofiber and migration of these satellite cells to the regeneration site (473).

“A second period of exercise, a week after the first, produces much less damage. This is the result of an adaptation process.