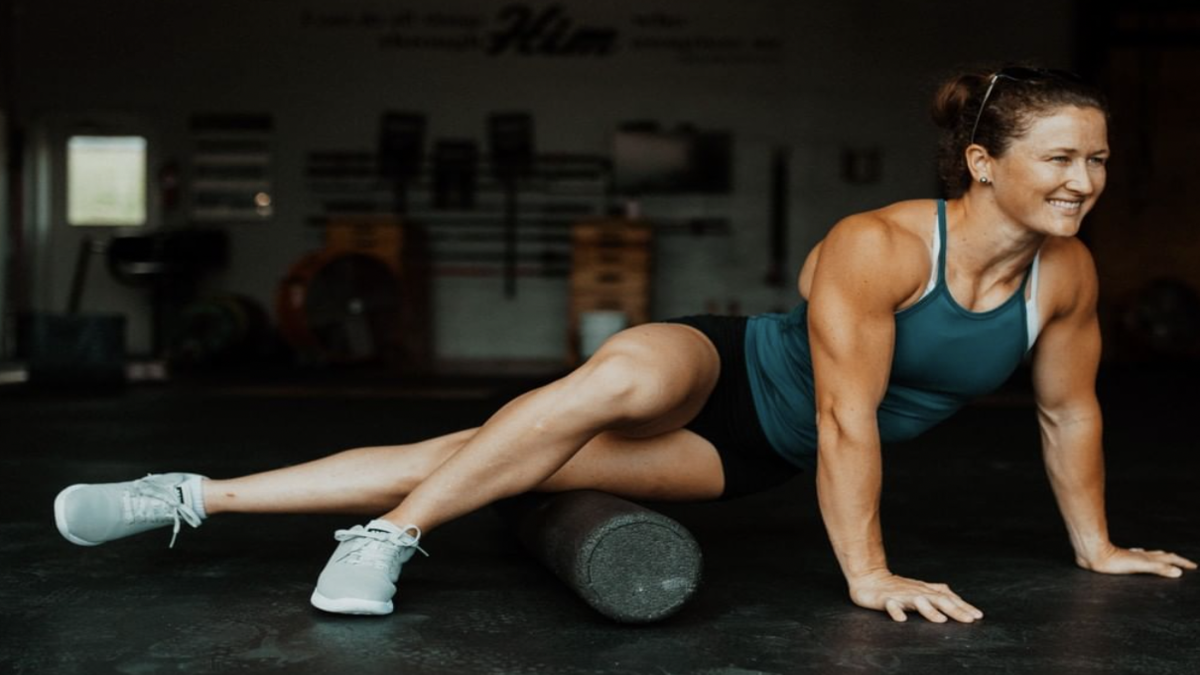 On March 21, 2022 — mere days before the 2022 CrossFit Quarterfinals begin virtually on March 24 — five-time Fittest Woman on Earth®, Tia-Clair Toomey posted a video to her YouTube channel detailing a day of eating as she aims to cut weight during the CrossFit season. You can check out the full video below:

[Related: Dark Horses to Watch in the 2022 CrossFit Quarterfinals]

The Australian native is aiming to lose 20 pounds that she gained while she trained and competed with the Australian National Bobsled Team. Toomey helped Australia qualify for the 2022 Winter Olympics, but ultimately didn’t compete. So, she’s turned her attention solely back to CrossFit, which was always her plan.

A win in the 2022 CrossFit Games would notch Toomey’s sixth consecutive title, giving her the most victories for an individual CrossFit athlete in the event’s history.

Toomey’s husband and coach, Shane Orr, plays an integral role in helping organize her nutrition. As one example, bagels appear to be an essential element of Toomey’s breakfasts on training days, while Orr would like to ween her off them.

During the day the pair recorded the video, Toomey consumed one and a half bagels with solid helpings of blueberries, bananas, bacon, peanut butter, and eggs. Orr maintains that Toomey’s breakfast involves more fats because she’s not training until three hours later. In the event of a shorter time between meal and training session, her breakfast would have fewer fats.

Toomey says she likes to feel “full and satisfied” in the mornings. That logic adds up because her breakfast comes out to a total of 790 calories, in addition to vitamins and supplements she takes after the meal’s over.

During the video, Orr highlights Toomey’s essential pouch of snacks, which he says helps her maintain energy and endurance during training. The assortment of snacks includes a protein smoothie blended with a carbohydrate, one banana, gummies, oats, and Nutri-Grain® bars.

Once her first training session of the day has concluded, Toomey eats her lunch at the gym.

It doesn’t get more simple and effective than a 500-calorie combination of beef and rice:

Seeing as how she’s still working on cutting her bobsled weight, Toomey emphasizes that she’s conscientious about how many macronutrients she eats daily. Her training session involved 135-pound barbell snatches, clean & jerks, bar muscle-ups, ring muscle-ups, handstand walks, and some time on a stationary exercise bike.

The snacks Toomey eats afterward amounts to an additional 780 calories:

According to Toomey, she’s aiming for a delicate balance of gradually decreasing her calories to allow her to maintain her training. Notably, she says she expects to hit her target competition weight sometime during the 2022 CrossFit Semifinals. This phase of the CrossFit season will start on Friday, May 20, 2022, and run through to Friday, July 1, 2022.

[Related: How to Simultaneously Succeed in Competitive Sport and CrossFit]

As Toomey’s day starts to wind down, she has a light 440 calories for dinner:

Toomey said that she usually would have an evening snack but eschewed it this time around because she had already hit her daily macros. If she had additional macro breathing room, she’d have eaten Greek yogurt with oats, berries, and honey. According to her Toomey, she tries to keep her daily caloric intake below 2,500. On the day of this video, she slightly exceeded that benchmark with 2,550 calories.

The Quarterfinals Are Next

In the now-finalized 2022 CrossFit Open leaderboard, Toomey finished second worldwide to American athlete and 2021 Rookie of the Year, Mallory O’Brien.

The 2022 CrossFit Quarterfinals begin on Thursday, March 24, 2022, and run through to Thursday, April 24, 2022. This competition section features the athletes who finished in the top 10 percent of their division during the Open. Both the Open and Quarterfinals are virtual competitions.