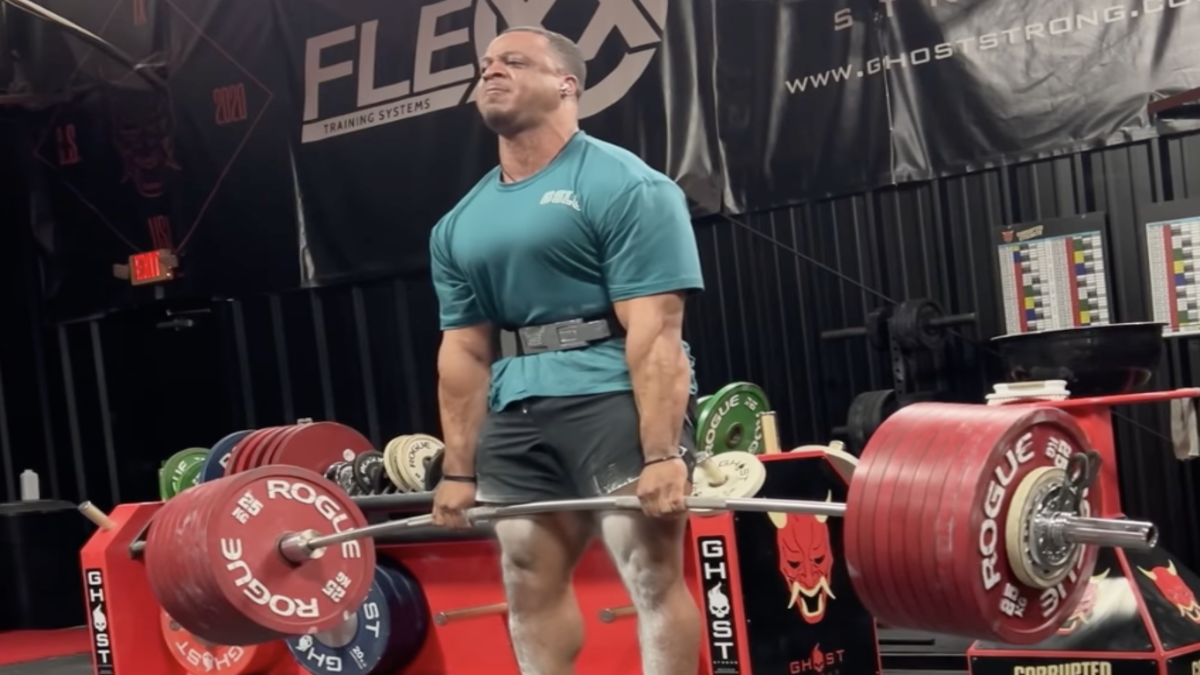 Powerlifters dare not overlook the 110-kilogram Jamal Browner any time he gets under a barbell. On March 22, 2022, Browner again snapped more necks when he locked out a 432.5-kilogram (953.5-pound) raw conventional deadlift.

Browner is undoubtedly one of the strongest deadlifters in powerlifting. He’s an all-time record holder at 110 kilograms and has pulled 473.6 kilograms (1,050 pounds) from a sumo stance. It’s unusual for a lifter at Browner’s level to switch between deadlift stances as often as he does, but it’s clear that Browner is on the hunt for a 1,000-pound pull in both variations.

Check out Browner’s latest conventional deadlift PR below, courtesy of his Instagram page:

The sumo stance inherently shortens the length of the deadlift’s pull since the lifter is closer to the floor. According to a 2002 study, the sumo stance recruits more of the vastus medialis (VMO), vastus lateralis (VLO), and tibialis anterior — your inner thigh muscles. (1)

At the same time, your rectus femoris (part of the hamstring) had less overall recruitment than the VMO and VLO. This happens because the rectus femoris is a biarticular muscle — it crosses two joint complexes. While your quads help with knee extension, the rectus femoris also assists in hip flexion.

The more extended range of motion of the conventional stance — which is why some may perceive it to be more challenging — places more pressure on the back, specifically the L4 and L5 vertebrae. It also involves more back extensors, hamstring, and gastrocnemius muscles.

Despite these differences, both the sumo stance and conventional stance are hip hinges. The same research shows that each will have similar demands on your hips. (1)

It’s a credit to Browner that he can excel from both positions.

Browner’s work from a conventional stance — like a 410-kilogram (903.9 pounds) deadlift performed in mid-March 2022 — drew the attention of an elite strongman who weighs 100 pounds more than him. Two-time World’s Strongest Man (WSM) finalist, Nick Best, was impressed by that achievement that he urged Giants Live owner, Colin Bryce, to invite Browner to the 2022 World Deadlift Championships (WDC). The WDC is set to occur during the 2022 Giants Live World Open on Aug. 6, 2022.

Browner does not yet have a formal invitation to the competition, but he may soon find an opening if he continues to open the eyes of top strongmen with his staggering deadlifts. His new conventional PR 432.5-kilogram deadlift (953.5 pounds) compares reasonably well to the results of the 2021 WDC.

Browner’s latest raw PR places him in third-place finish above Shivlyakov, Heinla, and Black. That said, there are a few important notes:

If Browner — who weighs 100-plus-pounds less than many of these athletes — can eclipse some of their top marks, he might be well on his way to more strongman success soon enough. We can safely assume Browner will continue plugging away as he tries to become a member of the 1,000-pound conventional deadlift class.