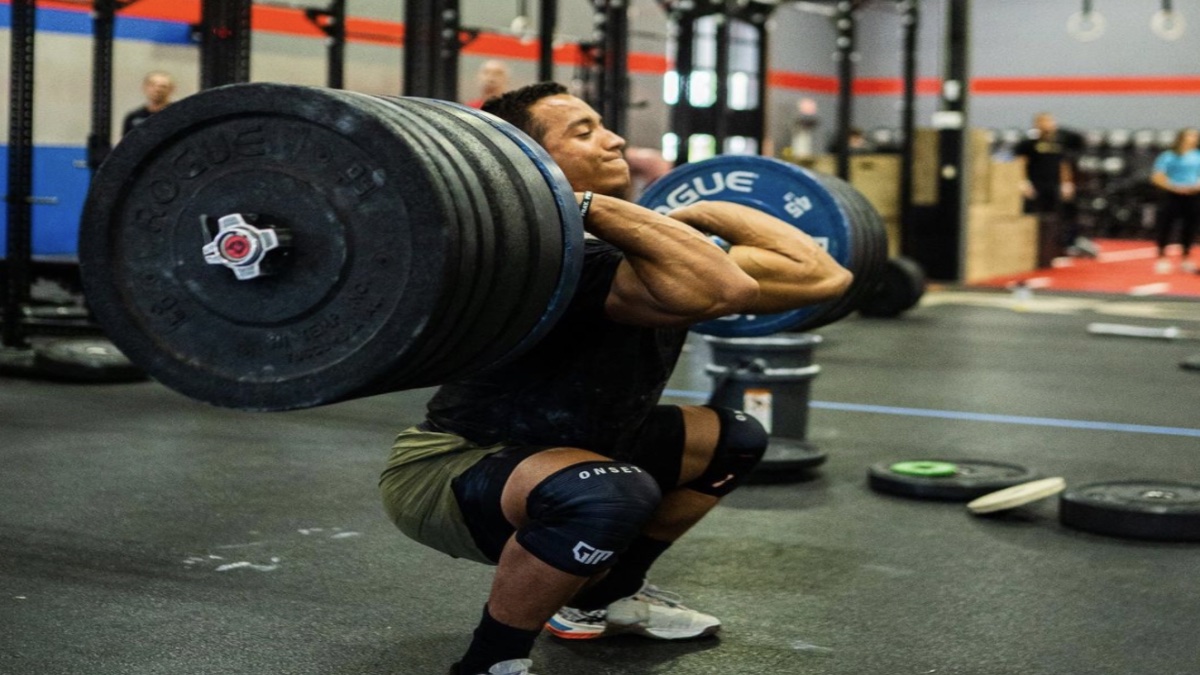 The 2022 CrossFit Quarterfinals began virtually worldwide on Thursday, March 24, 2022. In the early goings, Guilherme Malheiros — one of CrossFit’s rising stars — has already finished all five of the Quarterfinals workouts. It’s his lifting work with one in particular that is eye-opening.

For Workout 4 of the Quarters, “The Other CrossFit Total,” the Brazilian-born Malheiros posted a 407-pound clean, a 317-pound bench press, and a 377-pound overhead squat. Accomplished in 29 minutes and 14 seconds, the 1,101-pound helped establish Malheiros’ lead in the South American Quarterfinals.

Note that as the CrossFit Games continue to review individual submissions and update the overall worldwide leaderboard, this result may change. However, it doesn’t make the initial result any less impressive for the up-and-coming Malheiros — who finished seventh in the world during the 2021 CrossFit Games season.

Malheiros completes each of the lifts relatively easily. After a slight snag while finishing his clean — a combination of a deadlift and front squat — from the floor, the CrossFitter celebrates immediately after dropping the loaded barbell. With his bench press, there’s little sign of a struggle as Malheiros’s spotter gives him free rein and he powers through the lift right away. Finally, to close the workout, Malheiros takes to the overhead squat with a calm before pumping his chest and again celebrating his achievement.

Making a Name for Himself

It didn’t take long for Malheiros to rise up through the CrossFit ranks. In 2016, when he entered the competitive CrossFit scene, Malheiros competed in the CrossFit Open in the Boys division (16-17). He finished that Open 45th in the world and in second place in his native Brazil. The following year, in 2017, he took second overall in the Boys division (16-17). What might have been most notable from those Games was Malheiros’s 305-pound snatch.

As young as he was, Malheiros was far from done. Here are the results of his CrossFit career to date:

[Related: The Formula for a Successful CrossFit Gym]

Malheiros, 22, has a potentially exciting future with CrossFit because of his young age. For example, former five-time Fittest Man on Earth®, Mat Fraser, didn’t win the CrossFit Games until he was 26-years-old. Years before that, when Fraser was 21, he was not yet a professional CrossFit athlete. By direct comparison, at the same age, Malheiros notched a stellar top-seven mark during the Games season.

When Fraser finally took to his first CrossFit Games at 22, his best finish was in fifth place in the North East region. It would appear that Malheiros is a little ahead of schedule.

While Malheiros does have a lot of work ahead of him, his early resume in comparison to one of CrossFit’s greats could be a harbinger of what’s to come. We’ll see what happens for the young man as the rest of the 2022 CrossFit Quarterfinals continue. The Quarterfinals will conclude on Sunday, April 24, 2022.