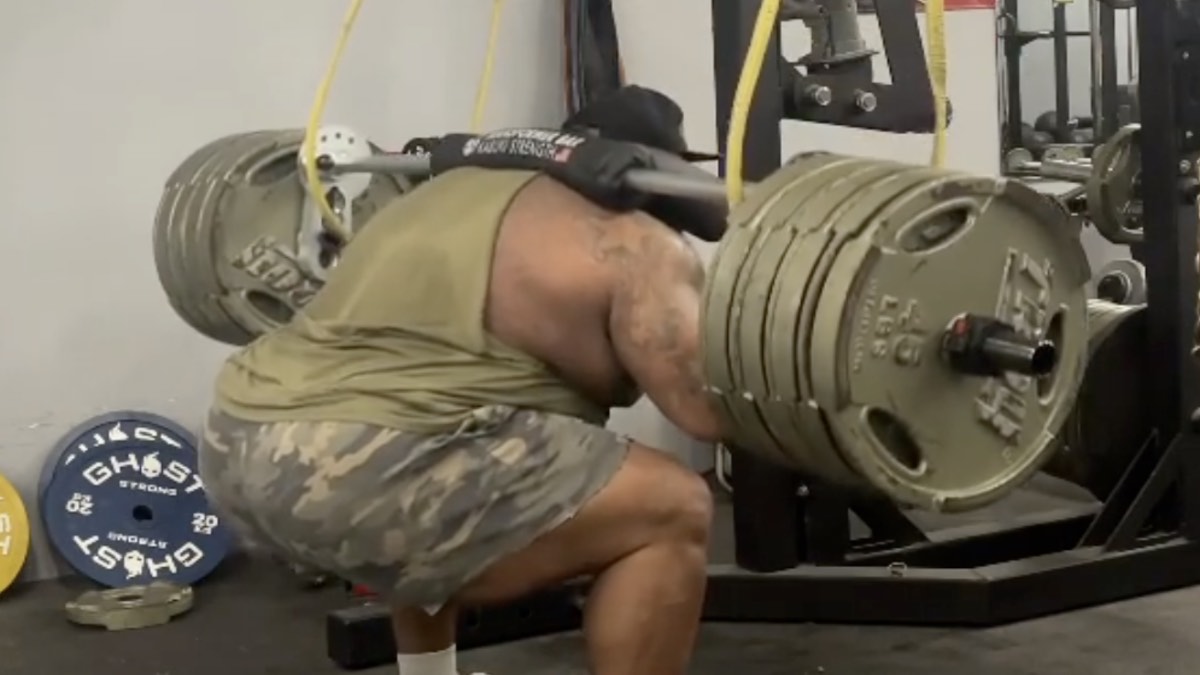 Since he began his career in 2015, Julius Maddox has made a name for himself by lifting staggering amounts of weight with the bench press. While training recently, it was his squat that drew the attention of the powerlifting world. On April 5, 2022, Maddox shared his prowess in the squat rack when he logged a 351.5-kilogram squat (775 pounds).

Check out the workout below, where Maddox notably did not wear a lifting belt or knee sleeves, via his Instagram profile:

According to the video’s caption, Maddox says he used a Kabuki Transformer Bar for the lift — a multifunctional, adjustable barbell that allows for 24 different squat variations compared to a traditional straight barbell.

Maddox says that after completing his first squat, he followed it with a 371-kilogram squat (820 pounds) — which was “sloppy” but a PR. He did not disclose the latter with a video, but it seems believable given the ease of his initial rep.

Maddox’s squats are noteworthy because they show he does not neglect other aspects of his strength. According to Open Powerlifting, in 16 sanctioned powerlifting events during his career, Maddox has never recorded a squat or deadlift. He instead focuses on his bench press aptitude.

That focus has paid off as Maddox possesses the current all-time world record with a 355-kilogram bench press (782.6 pounds) set at the 2021 World Raw Powerlifting Federation (WRPF) Hybrid Showdown III. What’s now apparent is that Maddox might turn some heads if he decided to squat in a future event.

Maddox is no stranger to pushing limits in his career.

The “Isabel” workout is as follows:

Hall set a high bar by finishing all 30 snatches in an unbroken 50.9 seconds. By comparison, “elite” athletes usually finish the workout within two minutes, while “advanced” people are in a three to four-minute range, per WODWell.

Unfortunately, despite a valiant effort during his attempt, Maddox fell a mere two reps short of Hall’s mark with 28 unbroken reps.

Nevertheless, like his recent squat, Maddox showed that he has plenty of stellar athleticism than he sometimes lets on. Only time will tell whether the powerlifter shows it off with different lifts in a competition in the future.