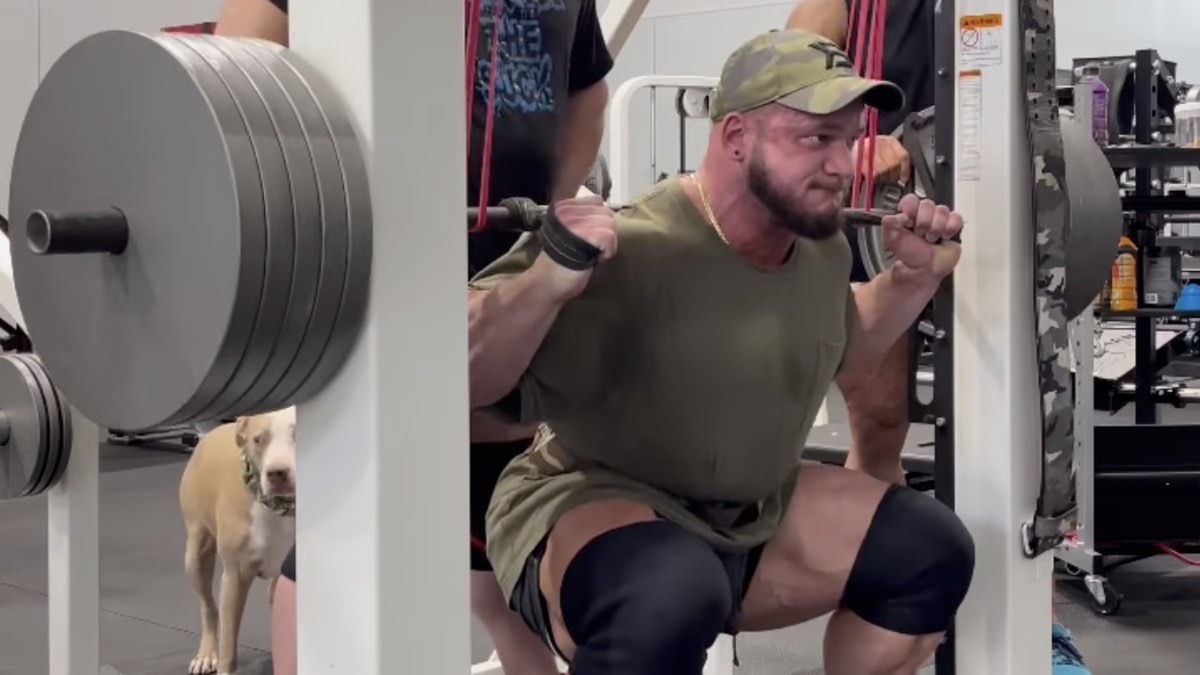 On April 14, 2022, International Federation of Bodybuilding and Fitness (IFBB) Pro League bodybuilder Hunter Labrada showed off his strength and stamina in the squat rack. After attaching resistance bands to his rack and barbell, and elevating his heels on small platforms, Labrada squatted 495 pounds for 17 unbroken reps.

Check out the lift below — where Labrada donned a lifting belt, lifting straps, and knee sleeves — via his Instagram profile.

Like many IFBB Pro League bodybuilders, Labrada is in the middle of his off-season. Whatever he does to train and recover has appeared to work out quite well for him throughout his career. Here are Labrada’s complete competition results to date, per NPC News Online:

It’s not hard to find a potential reason why Labrada became a professional bodybuilder. His father is the legendary Lee Labrada — the 1985 Mr. Universe and a member of the IFBB Pro Bodybuilding Hall of Fame. His mother, Robin, also once competed as a bodybuilder.

It appears Labrada decided to follow in his parent’s footsteps by becoming one of modern bodybuilding’s more notable active athletes.

A traditional squat is already a quality way to activate and develop lower-body muscles. If an athlete adds bands into the mix — which, when pulling against the athlete’s strength, can add more resistance to reps — they’re usually aiming for a stiffer challenge. The benefits are even more foundational when utilizing bands during a high-repetition set like Labrada’s.

Today I was still a little gunshy, not going to lie, but there wasn’t any pain like last session, just a little awareness in the previously injured area.

In Labrada’s case, he wrote in his Instagram caption that he strained his quad lightly the last time he tried squatting. Utilizing banded squats could have been a means for him to ease back in.

The same injury prevention rationale can apply to heel-elevated squats, too. One study showed that athletes who occasionally squatted elevated heels saw better hip mobility and ankle flexibility over a consistent training period. (2)

By using bands and elevating his heels, Labrada’s squat might have been about taking care of his quads and trying to improve aspects of his lower body stability.

After a fourth-place finish in the 2021 Mr. Olympia, Labrada will again likely be one of this year’s top contenders for the title. The Open division, in particular, should feature a stacked field with names like defending champion Mamdouh “Big Ramy” Elssbiay and runner-up Brandon Curry. Provided Labrada stays diligent with his training, he may find himself supplanting his competitors this time around.