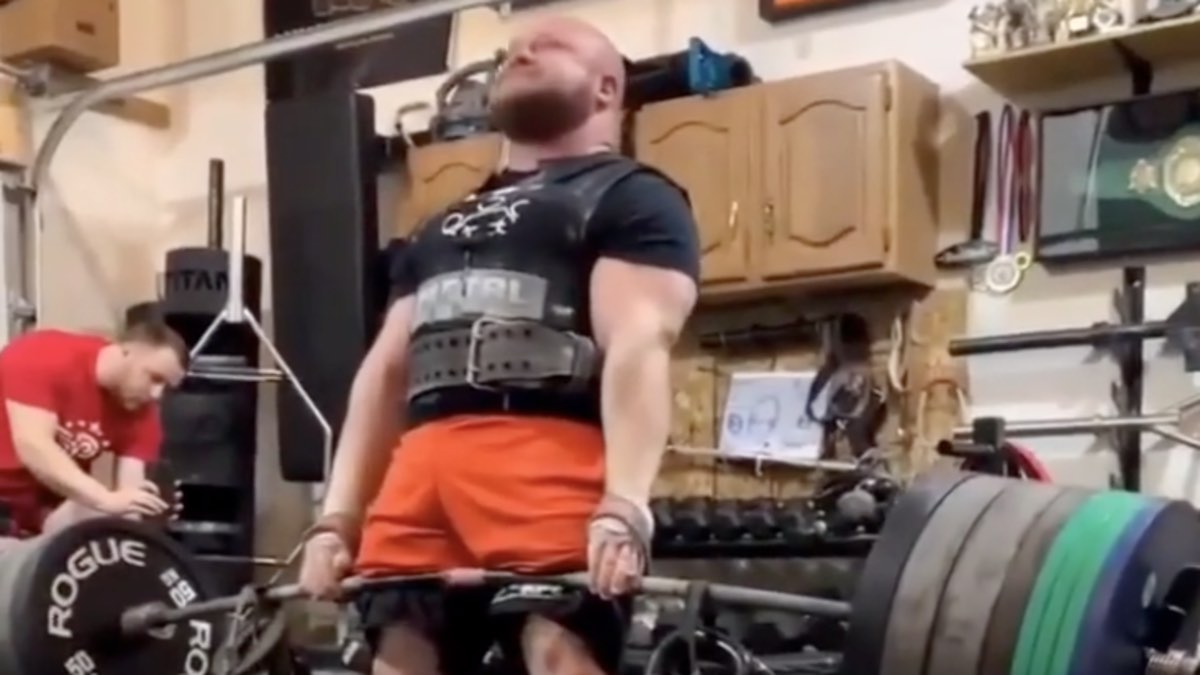 Given that this was an online-only competition, Thompson shared his result with footage of the feat a week in advance before the final deadline. The World Deadlift Council (WDC) tabulated the final results — with Thompson on top — on Sunday, May 8, 2022.

“We have to wait until next Sunday for results but I think with a number like this, you can guess how defending the title of  ‘silver dollar deadlift world champion’ went.”

Thompson’s elite Silver Dollar mark surpasses the previous top number by 17.2 kilograms (37.9 pounds). He tops Sean Hayes, who pulled 560 kilograms (1,235 pounds) during the 2022 Strongman Corporation Canada King & Queen Of The Throne in early April 2022. Hayes exceeded that weight by a tenth of a kilogram during the WDC competition, but it ultimately did not hold thanks to Thompson’s lofty strength achievement.

Both Thompson and Hayes wore lifting belts and wrist wraps for their respective pulls. However, Hayes was barefoot, while Thompson wore a deadlift suit and was in his socks. He also used an overhand grip. The two did not share their body weights for the respective pulls.

[Related: How To Do The Deadlift For Strength And Muscle]

Here are the individual top-10 results from the competition, which was Open. While Thompson’s record sits comfortably in first overall for the Men, there were a few other noteworthy marks by division and class:

Here are the results for the women’s portion of the competition. Gemma Black’s (92KG) world record Silver Dollar deadlift pull of 320 kilograms (705.5 pounds) stands on top:

Breaking the Silver Dollar deadlift world record aligns with Thompson’s previous expectations. The competitor entered the 2022 WSDC as the defending champion, likely knowing he’d have to blow by any of his previous stats to have a chance even to repeat.

With no other recorded professional competitions, Thompson appears to focus on his work with the Silver Dollar deadlift exclusively. His Instagram is rife with videos of him training the movement from the movement’s usual 18-inch platforms on a consistent basis.

It certainly seems that ambition has paid off. The Canadian athlete can now stand as a reigning two-time Silver Dollar Champion and is the sole owner of the overall Silver Dollar world record.