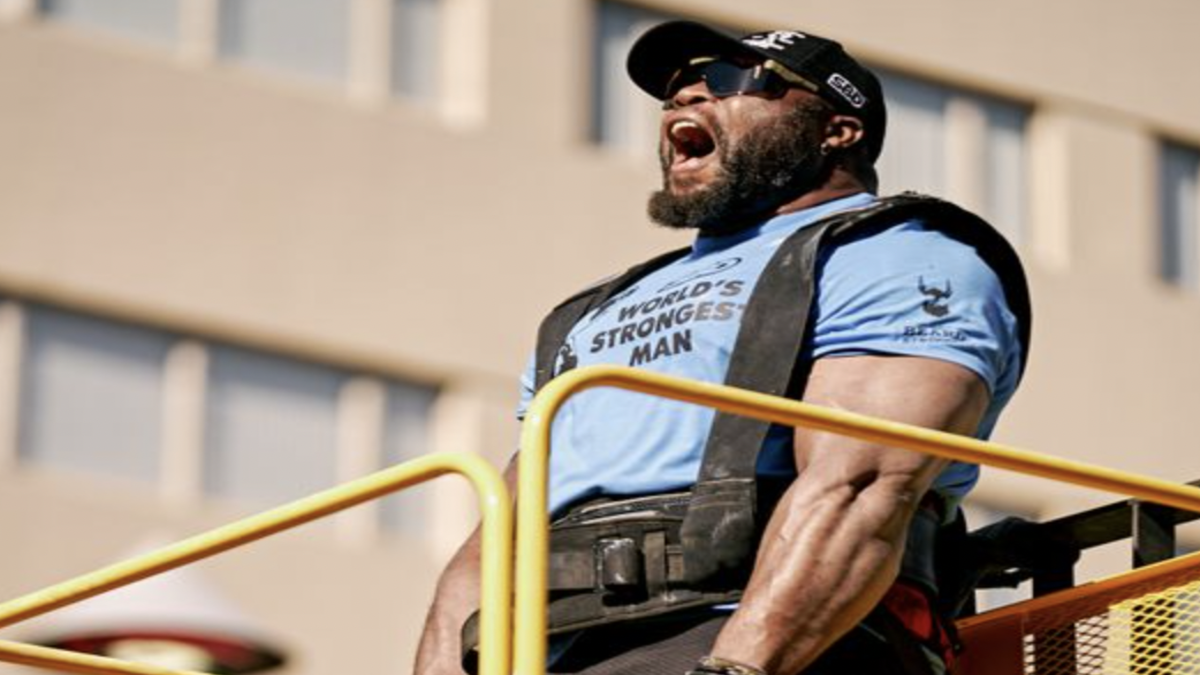 After a thrilling, competitive Qualifying Round of the 2022 World’s Strongest Man (WSM), there are 10 athletes left standing.

Entering Thursday, May 26, 2022, some of the respective top contenders, like defending champion Tom Stoltman and former WSM Champion Oleksii Novikov (2020), already had a spot in the Finals. The debut of the Wrecking Ball Hold and the intense Stone Off would determine the other half of the remaining field on Day Three.

Here’s where the overall leaderboard stands after the conclusion of the Qualifying Round, a short recap of Thursday’s events, and an overview of the 10 finalists for the 2022 WSM Finals this weekend.

As noted, some of the competitors entered the third day of the competition already having locked up a spot in the Finals. That meant Day Three’s events were more about the rest of the field trying to find points to secure their spots. The Wrecking Ball Hold and Stone Off stood in their way.

This static strength event made its first appearance in a WSM competition. It’s a test of grip strength, as well as total-body endurance. The athletes had to hold a 228-kilogram (500-pound) bare wrecking ball for as long as they could.

One of the more unique situations entering the Stone Off was Brian Shaw, who needed to win in order to qualify for a record-setting 14th WSM Finals and reach for a record-setting fifth title. Shaw ended up defeating Bobby Thompson and moved forward to potential history. Gabriel Rheaume, Maxime Boudreault, Eythor Ingolfsson Melsted, and Mitchell rounded out the other winners who qualified for the Finals thanks to their Stone Off performance.

The Finals Lie Ahead

Friday will present a good break for the competitors before starting the latter half of the competition. The first round of the Finals will take place on Saturday, May 28, 2022. It features the KNAACK Giant’s Medley, which is similar to the Loading Race, the Deadlift, and the Flintstone barbell, where the athletes will press a barbell loaded with giant stones.

Soon enough, the strongest man on the planet will be crowned.