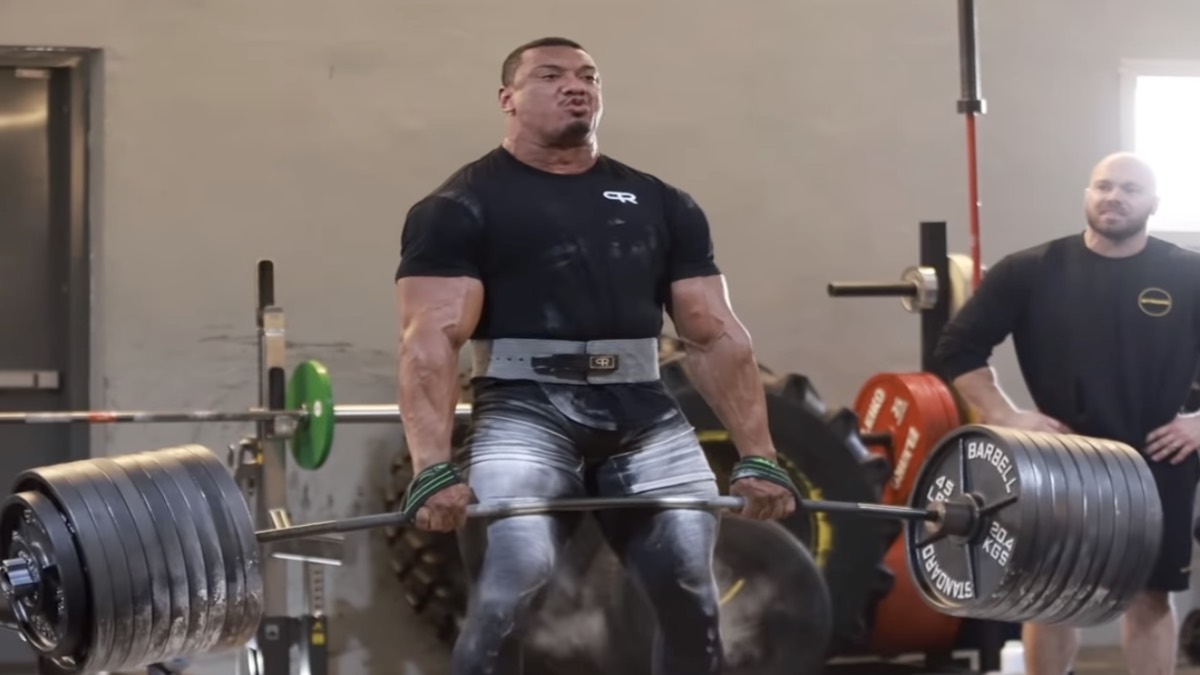 On May 30, 2022, Wheels shared footage of himself notching a 421.8-kilogram (930-pound) deadlift triple. The lift is a new triple PR for Wheels, and he completed it from a conventional stance while wearing a lifting belt and lifting straps. Additionally, he notes that his bodyweight for the lift was 275 pounds, putting him squarely in the heavyweight strongman weight class (231-plus-pounds).

While Wheels’ three-rep pull is undoubtedly an impressive figure, it doesn’t come without a potentially important caveat. To complete the third rep, Wheels rests his loaded barbell on his thighs before completing the lift. This technique — known as hitching — is legal in strongman. However, it wouldn’t count in a powerlifting meet. The use of straps is also forbidden in powerlifting.

All around, that Wheels was still able to pull such massive weight for a triple is a testament to his rapid progress as a formal competitor.

This deadlift triple from Wheels is the latest in his prep for the 2022 Middle East’s Strongest Man (MESM) in late August.

The versatile athlete has been quite busy of late. His social media is rife with seemingly countless videos of bench press, squat, and deadlift challenges. Some of the more noteworthy recent benchmarks include a 425-kilogram (937-pound) deadlift in early May 2022 and a 299.8-kilogram (661-pound) paused bench press in early April 2022.

The strongman/powerlifter/bodybuilder/YouTuber has said he will aim for a new official deadlift PR during the 2022 MESM. While the format of that competition is unknown at the time of this writing, if there is a max deadlift event, Wheels may presumably use the PR attempt to maximize points for a potential victory.

If Wheels gets really ambitious, he could even become the latest member of the hallowed 1,000-pound deadlift club. For context, six strongmen, led by Ivan Makarov’s 475-kilogram (1,047.2-pound) pull, were able to lift that weight during the 2021 World Deadlift Championships (WDC).

Considering some of these strongmen have 50 pounds or more on Wheels’ latest reported bodyweight, it might make his potential deadlift pursuit all the more interesting.

The strength sports community should assuredly continue to see Wheels plug away in the gym while prepping for his strongman return.  There’s no telling what he might achieve if he continues to make the same progress he has of late. The 2022 Middle East’s Strongest Man will take place in Dubai, United Arab Emirates, on August 27-28, 2022.