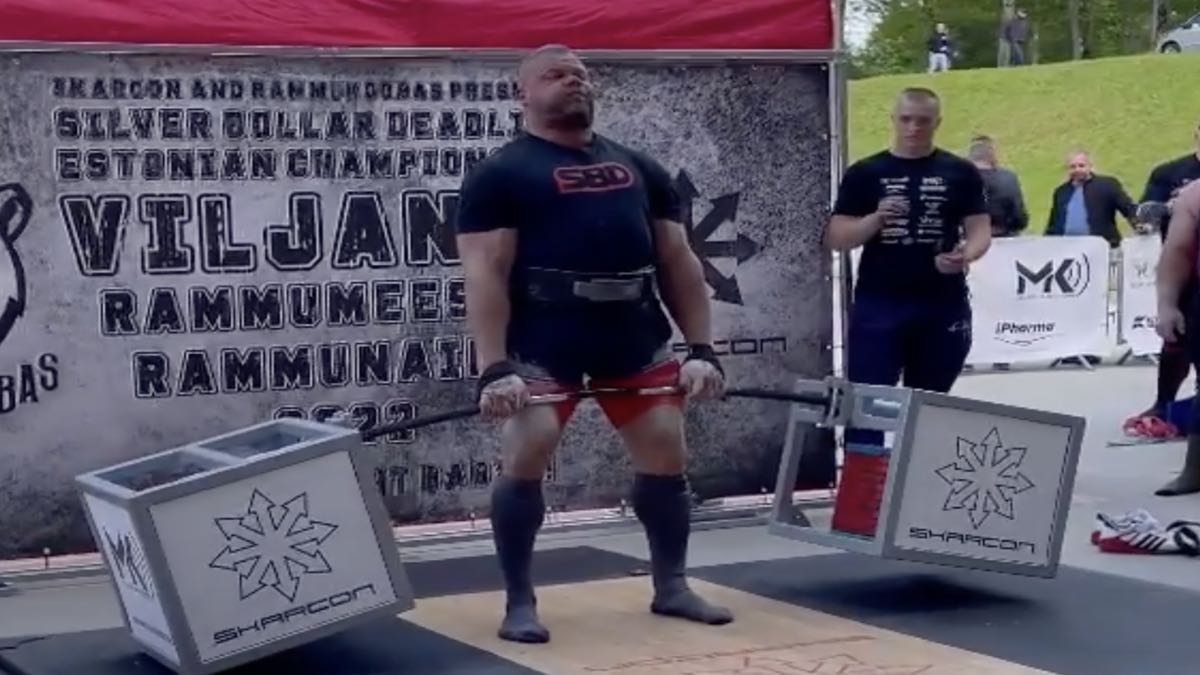 Rauno Heinla is known for his deadlift prowess. The Estonian strongman is one of the few people to have pulled at least 453.6 kilograms (1,000 pounds), which he managed in December 2020. He also possesses the 400-kilogram (881.8-pound) deadlift for reps World Record with six. He set that figure at the 2020 World’s Ultimate Strongman Feats of Strength series.

Recently, Heinla might have captured his most impressive deadlift feat yet.

The 2022 Silver Dollar Deadlift Estonian Championship took place on June 4, 2022, in Viljandi, Estonia. It is there where Heinla broke the Silver Dollar deadlift World Record with a pull of 579.7 kilograms (1,278 pounds). He completed the pull while wearing lifting straps and a lifting belt.

[Related: Learn How To Build Strength With Three Key Principles]

Heinla’s record pull might be particularly notable considering what he went through to get here. The veteran strongman withdrew from the 2022 World’s Strongest Man (WSM) after suffering an undisclosed injury from a heavy Silver Dollar deadlift. Rather than continue preparing for the most prestigious event in strongman, Heinla spent a few days in the hospital recovering after that pull.

A little over a month later, Heinla’s persistence pays off with a World Record.

If recent history is any indication, the latest record might not stand for long. It’s undoubtedly still a well-earned achievement for Heinla.

Heinla at a Glance

While he built a reputation for deadlift proficiency, Heinla is certainly no slouch as a green strongman. According to Strongman Archives, the 39-year-old Estonian athlete has competed professionally in some capacity since December 2009. Here are some of the more notable strongman results of his career:

It doesn’t seem like Heinla will rest on his laurels after notching a record. He will next compete at both the 2022 Giants Live World Open & World Deadlift Championships. Those will take place on August 6, 2022, at the Motorpoint Arena in Cardiff, Wales. He could break the traditional deadlift World Record of 505 kilograms (1,113.3 pounds) if all goes well. Should Heinla manage to do so, the Giants Live organization will reward him with a prize of $55,000 — the set wager to all 12 competitors.

For a deadlift technician like Heinla, another record later in the summer is certainly very possible.