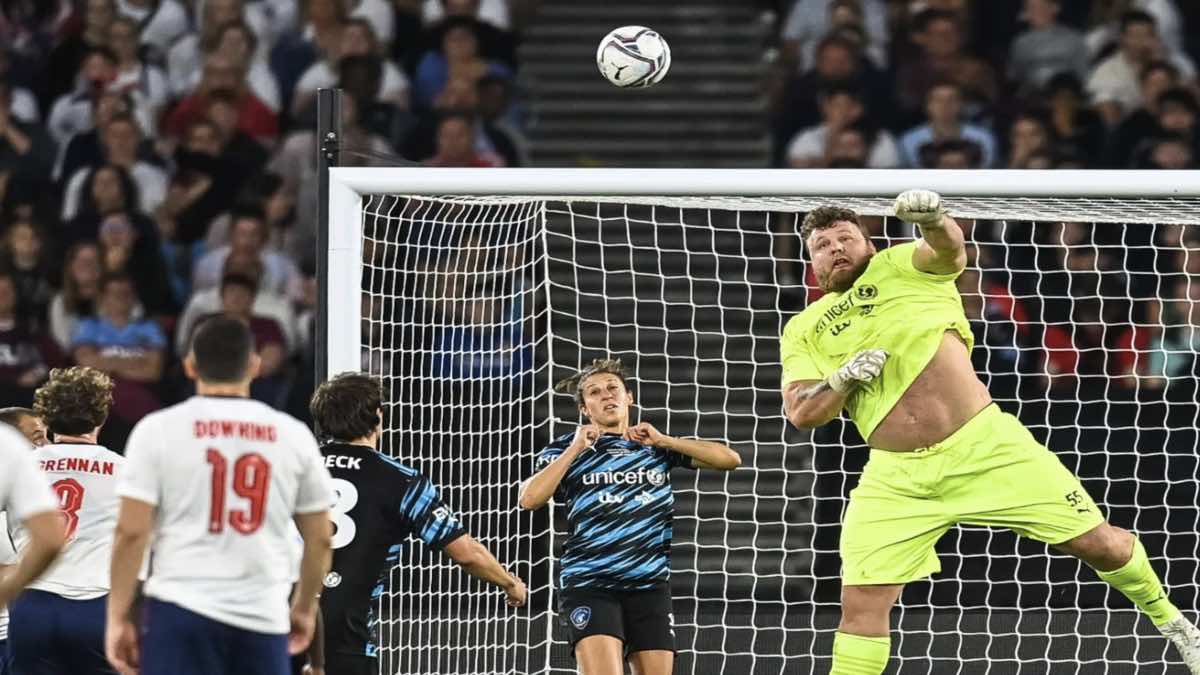 Stoltman’s team won the match 4-1 on penalties after a 2-2 tie at the end of regulation. The participants on both squads were largely positionless as scorekeepers also only mainly tracked goals in terms of statistics.

According to UKFundraising, the £15,673,728 million in euros ($18,908,393 million in dollars) raised is a record for the friendly match, which has accumulated a total of roughly £75 million in euros ($80,025, 608 in dollars) to date. The Unicef UK is the United Kingdom’s division of the global organization for children, which aims to improve their access to nutritional food, clean drinking water, quality health care, and a good education.

Upon the match’s conclusion, Stoltman had appropriate words for his involvement in the event in a post on his Instagram.

“£15-plus million raised for Unicef UK with Soccer Aid, what an amazing total,” Stoltman wrote. “I’m so honoured and proud to be a part of this amazing cause.”

Judging by his recent exploits, Stoltman appears to be following in a recent line of legendary WSM Champions who find a way to stimulate themselves in other ways aside from showing off their strength.

Among the more notable include 2018 WSM winner Hafthor Björnsson and 2017 WSM winner Eddie Hall, who boxed against one another in March 2022. Not long after, Hall showed off his prowess as a swimmer in May 2022, while Björnsson showed off a remade physique.

At only 28-years-old, Stoltman is likely a long way from hanging up his lifting belt before engaging fully in other athletic pursuits. His participation in the noble 2022 Soccer Aid is nonetheless an excellent example of what the elite strongman is capable of when not slotting Atlas Stones onto podiums.

At this rate, a win there might simply be another impressive notch in the belt for one of strongman’s superstars.